Welcome the Newest Additions to the Fermob Family

We love the clean lines and bold color palette that Fermob’s outdoor furniture collections always bring to the table, so we’re excited to introduce you to the latest additions to their family. From aluminum tables that wouldn’t be amiss in an art gallery, to a lounge chair and footrest that can be used indoors or out, these pieces stand strong in the aesthetic that the company is known for. 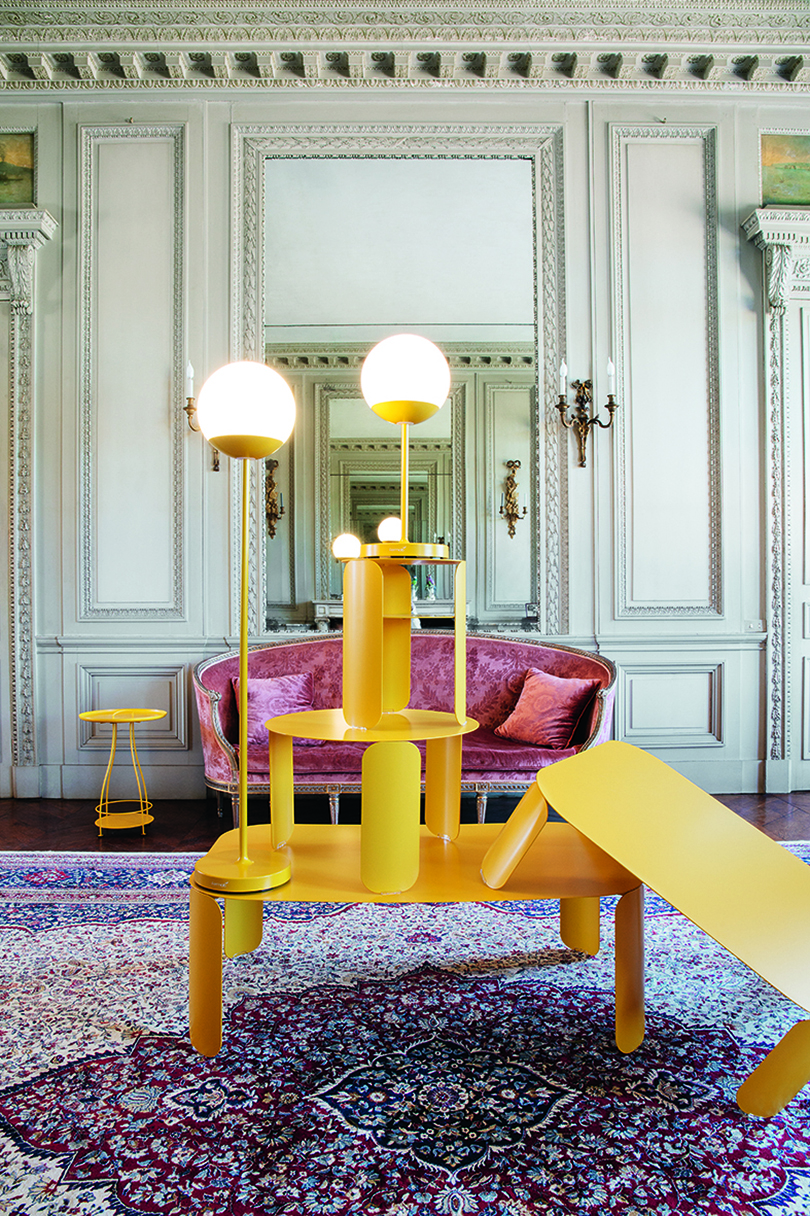 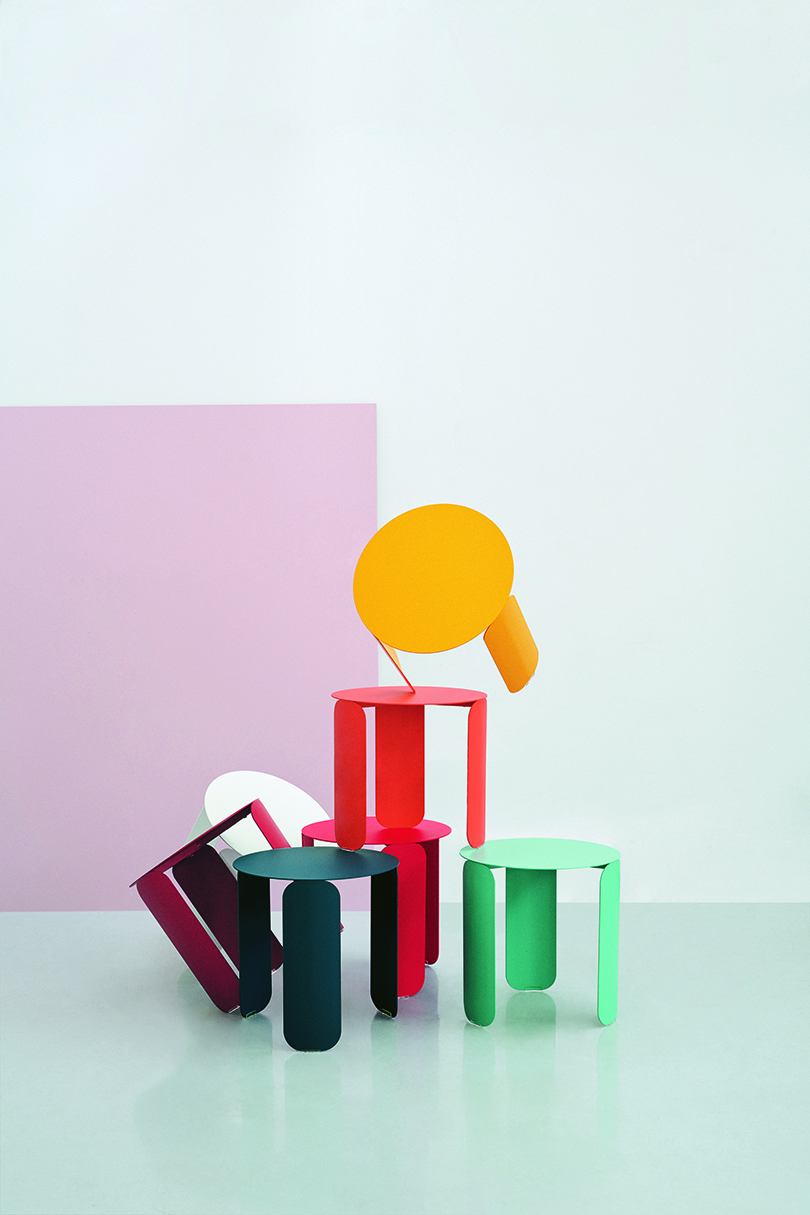 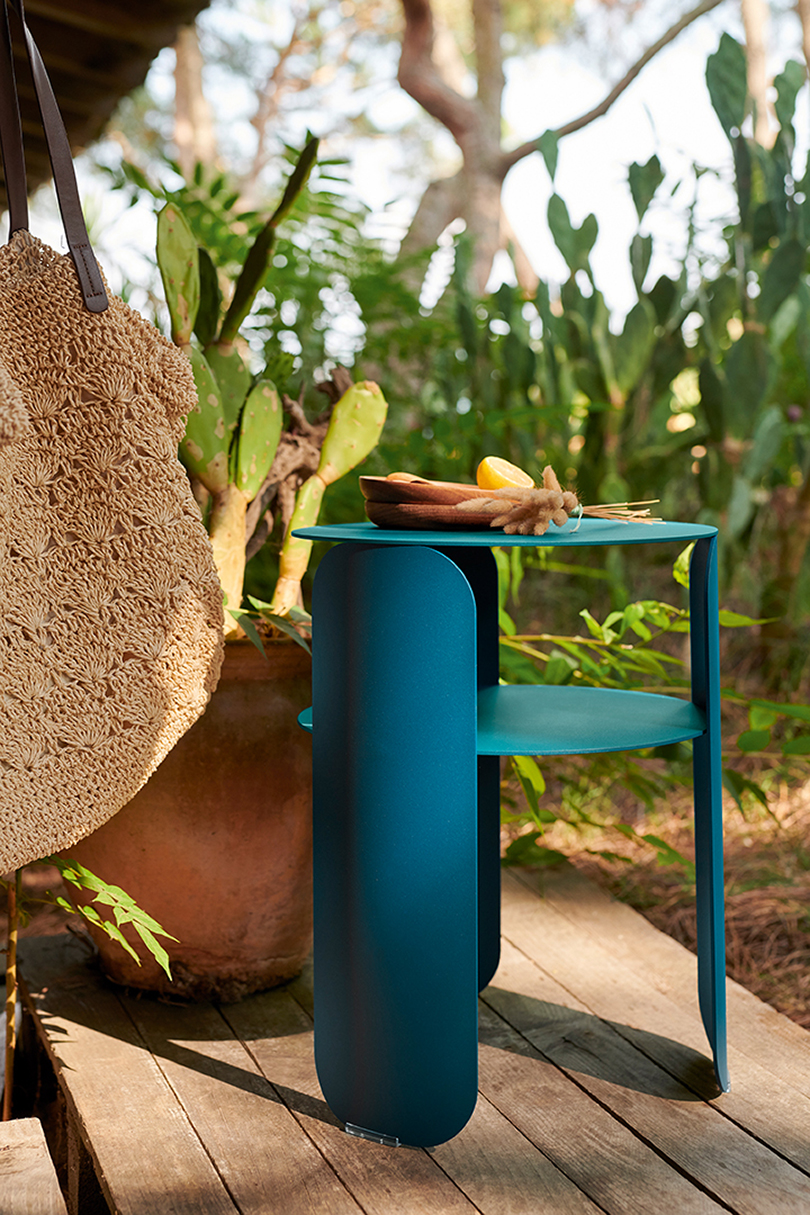 The Bebop family is expanding with the addition of several minimal, airy, versatile tables that can be put to use in just about any room you can think of. Designed by Tristan Lohner and made of 100% aluminum, Bebop tables are super light and ready to stand up to just about every climate condition. Group them together in various sizes for a custom arrangement, choosing from all 24 shades of Fermob’s color chart. 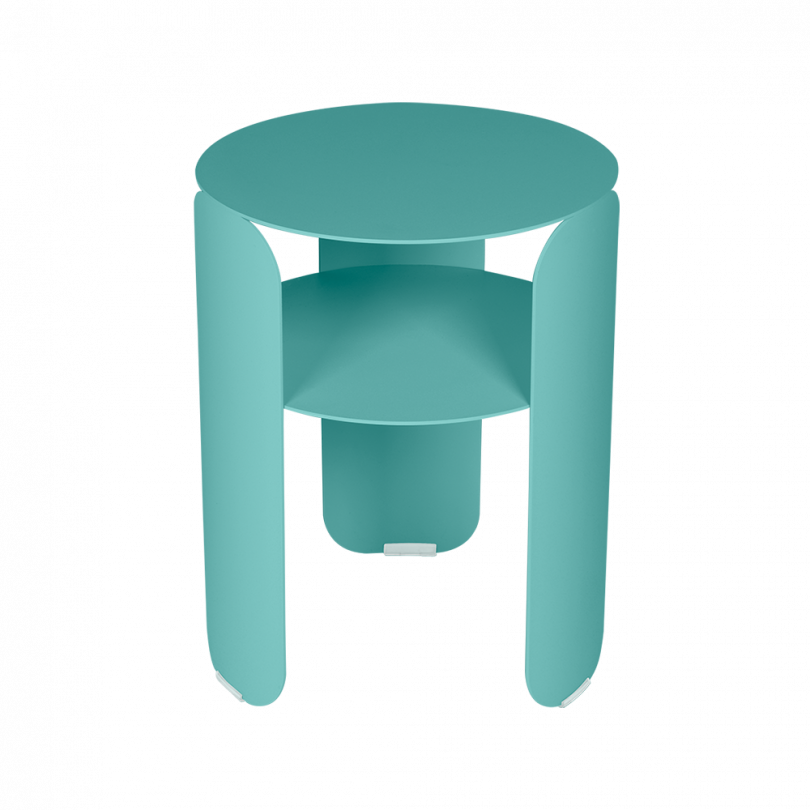 Bebop SIde Table in Bleu Lagune 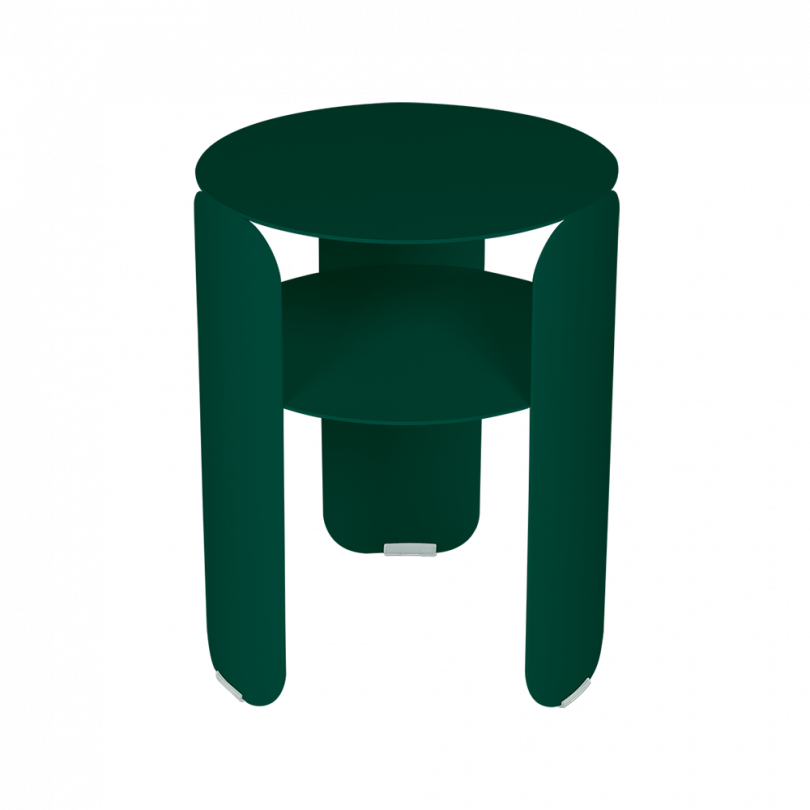 Bebop Side Table in Vert Cedre 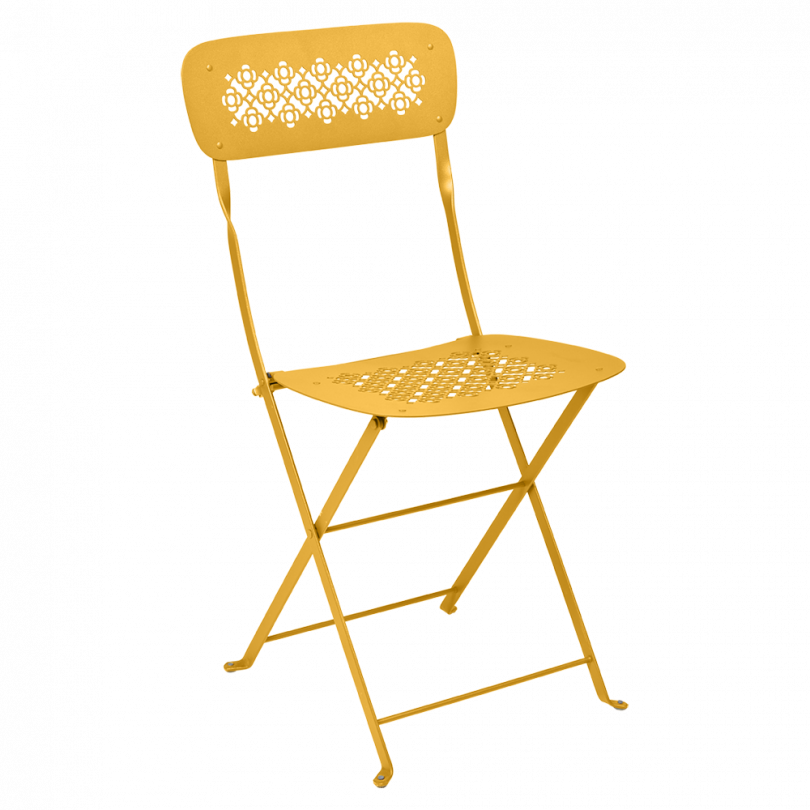 The Lorette collection, a collaboration with designer Frédéric Sofia, blends French garden furniture with a resort style feel. The motifs are inspired by mashrabiya latticework, and similar to the concept of canework in traditional garden gates. The series includes a steel framed folding chair and folding table with detailed perforated steel sheets, with both designed specifically for outdoor use and offered in Fermob’s entire color palette. 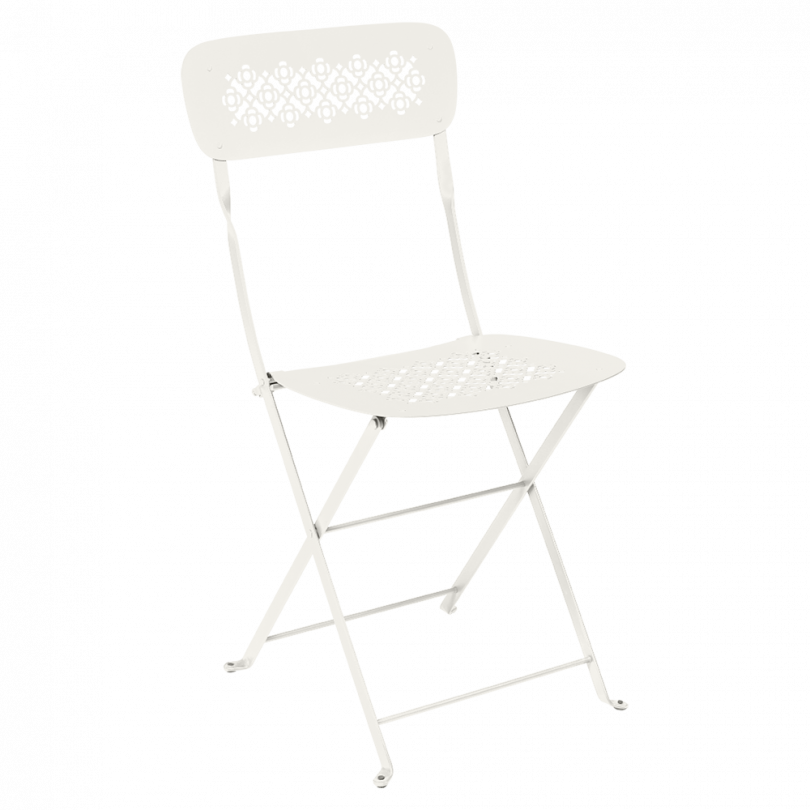 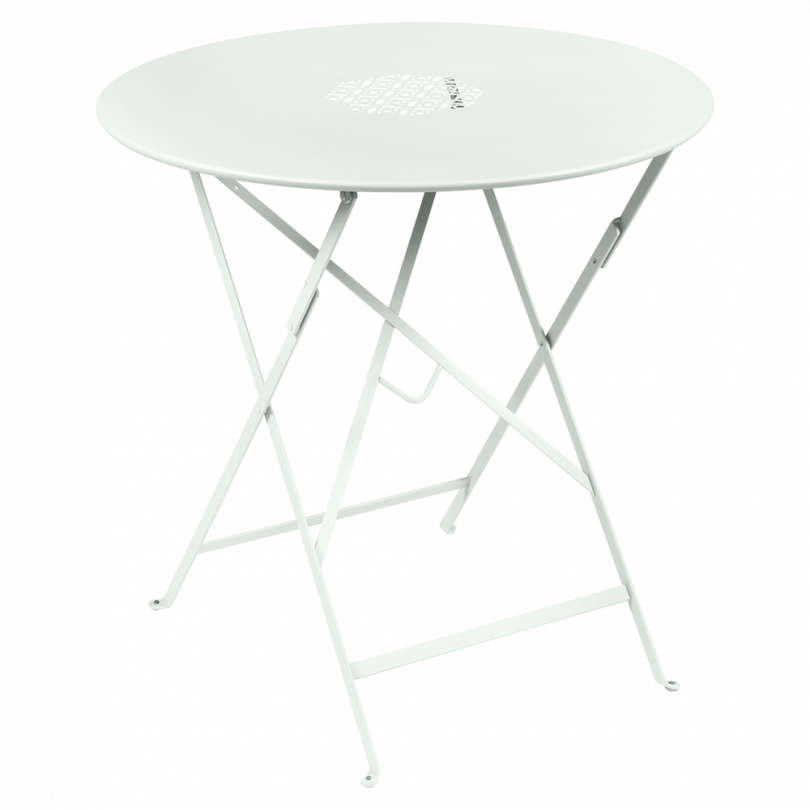 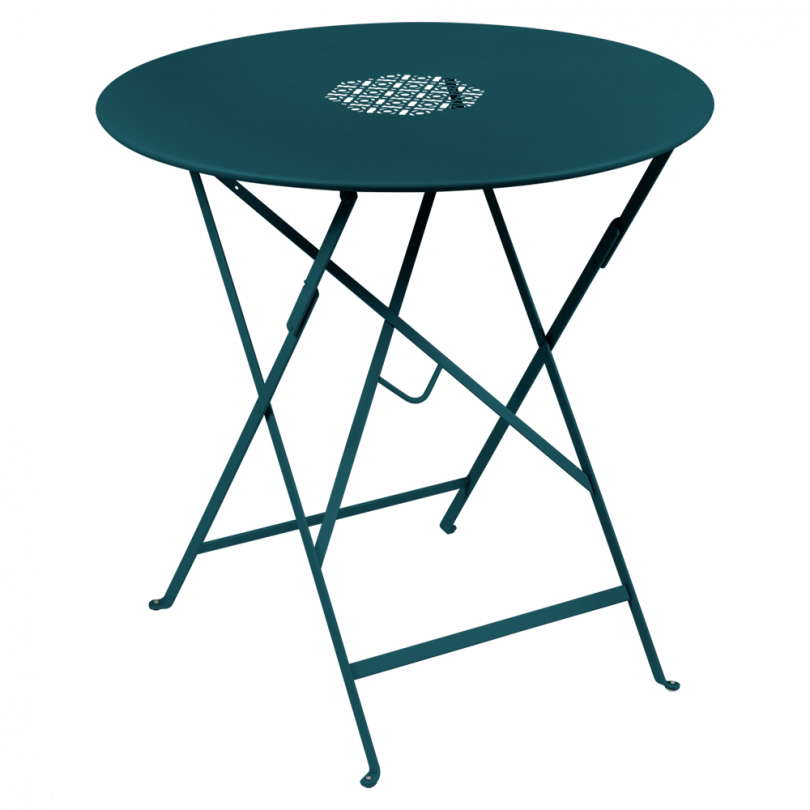 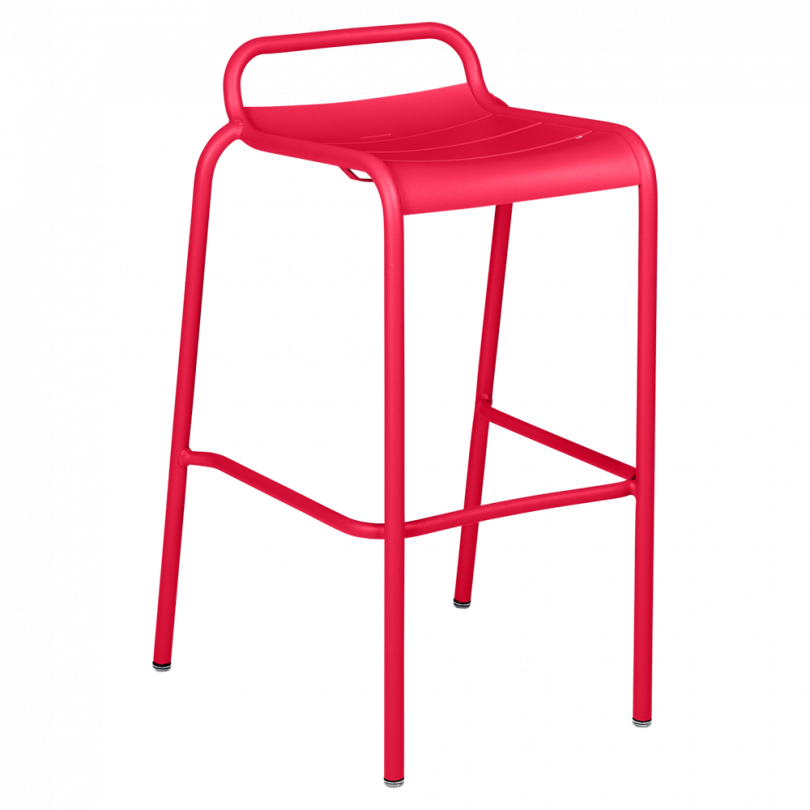 Initially created for the Jardin du Luxembourg in Paris, the Luxembourg collection has become iconic in its own right. The aluminum series has Frédéric Sofia to thank for reinterpreting the chairs and armchairs that were originally designed in 1923, with a result that combines the lightness and resistance of aluminum with the comfort of curved seat slats. The new stools come in two sizes, a dining height stool and a stackable high chair. 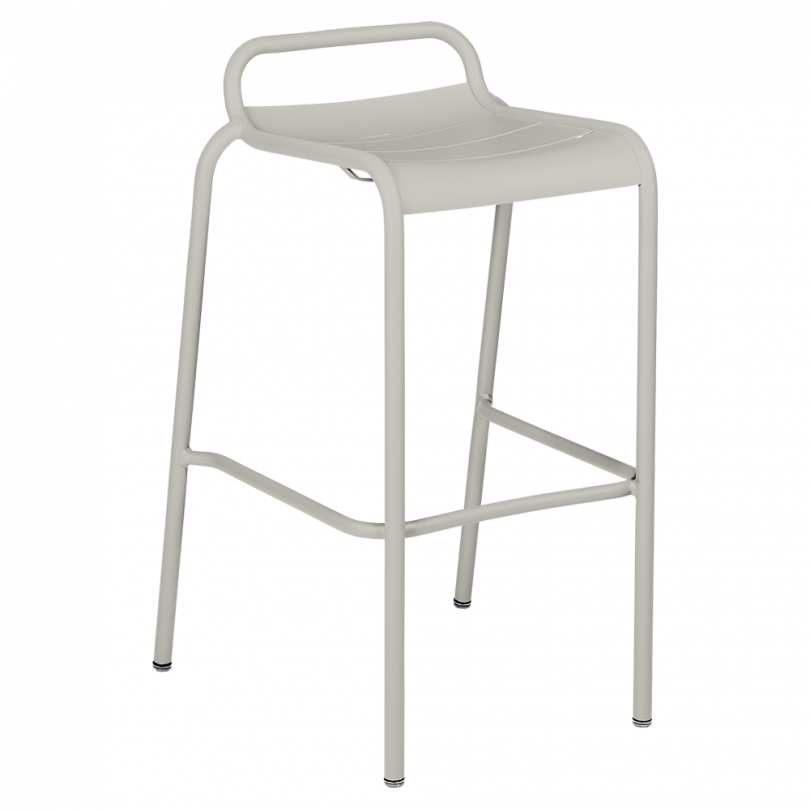 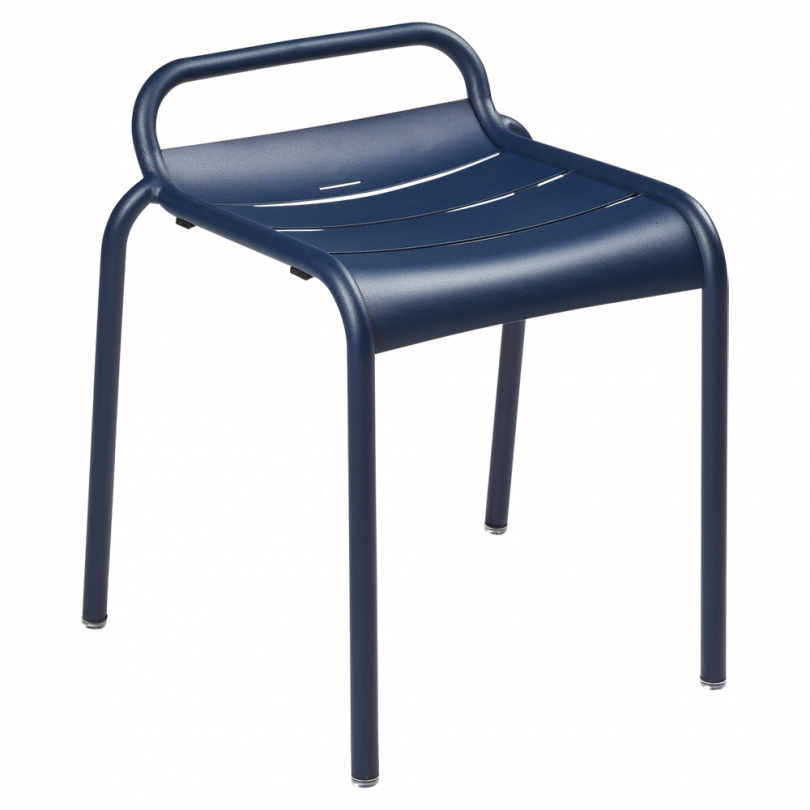 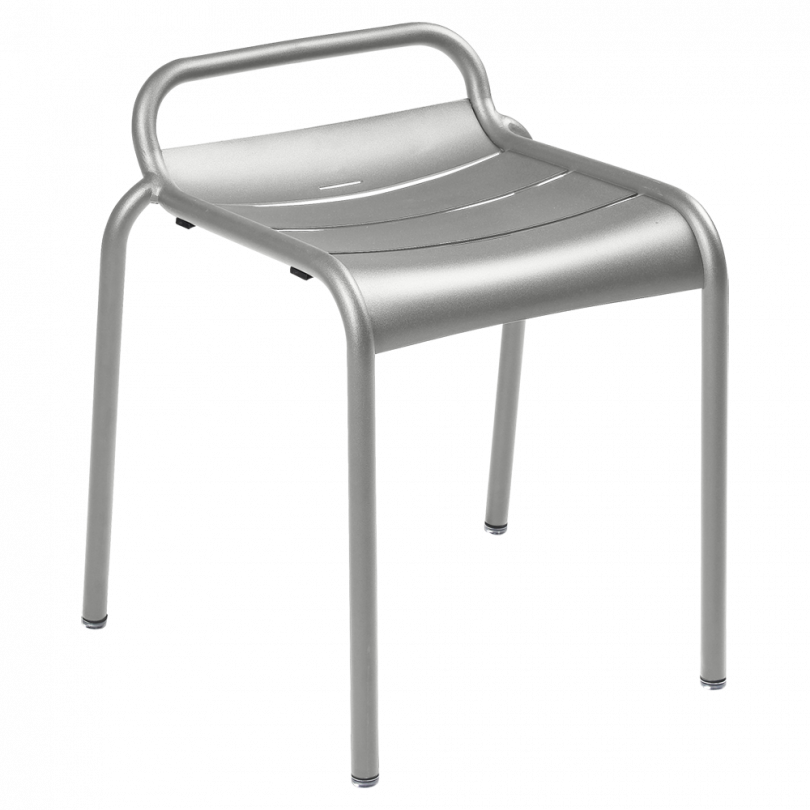 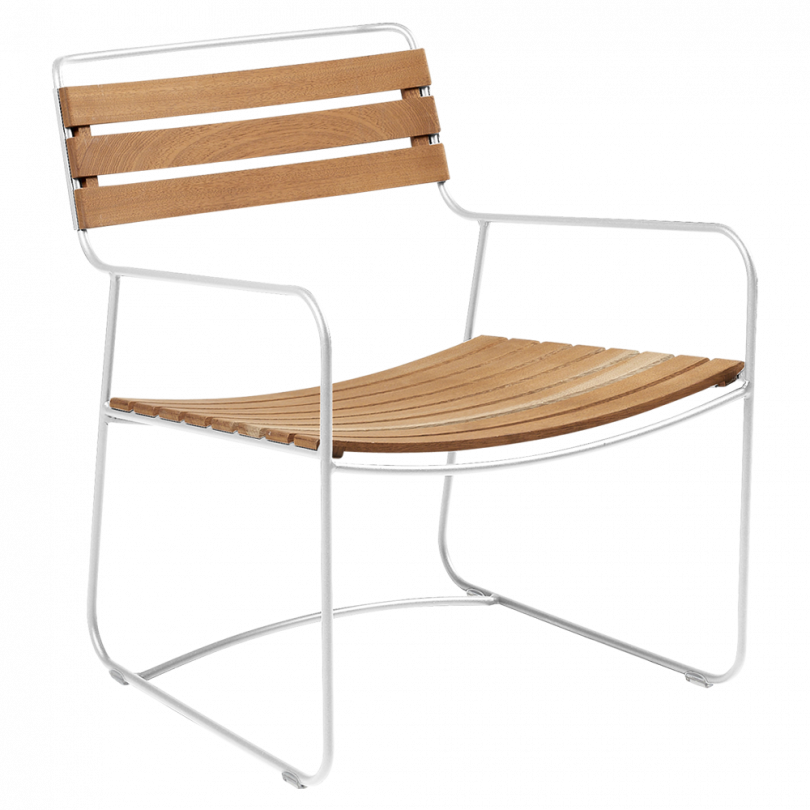 Fermob turned to the GuggenbichlerDesign team to create a cousin to their existing Surprising Chair in the Surprising collection, a steel version called Surprising Teak. They also partnered with Vlaemynck, a long-standing expert in teak, to bring this sturdy, warm piece to life. It, along with the matching Surprising Teak Footrest, have been treated for the outdoors but would look great as an indoor lounge chair as well. 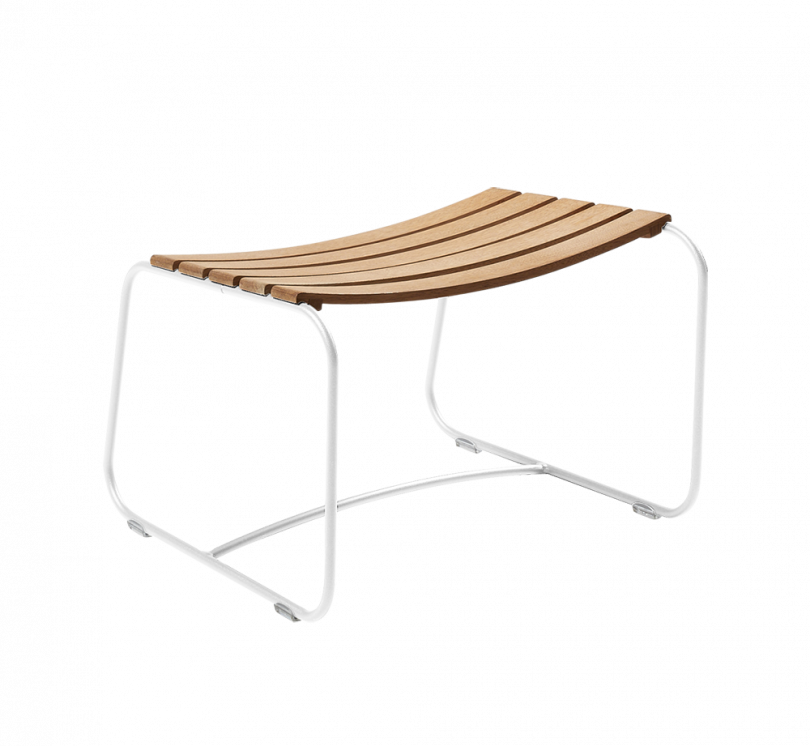 You can find and purchase all of these new Fermob offerings via a retailer.

He spent over $1M on drugs before getting sober

One of the last parties that DJ Fat Tony played was Brooklyn Beckham’s 21st birthday, held in a giant glass marquee at David and Victoria Beckham’s family home in the English countryside. After that,…
Read More

We Mapped Where Customs and Border Protection Drones Are Flying in the U.S. and Beyond

In 2011, Rodney Brossart, a cattle rancher from Lakota, North Dakota was accused of stealing six cows. The cows, he said, simply wandered on to his 3,000-acre farm, and by his estimation, they, therefore, belonged to him. When the cops came, he and his family were prepared. Armed with high power rifles, they engaged in a 16-hour standoff with police.

Apparently at an impasse, the Grand Forks Police Department SWAT team called in a favor from federal immigration agents at Customs and Border Protection, requesting to use one of the agency’s MQ-9 Reaper drones—also known as the Predator B—to pinpoint Brossart’s location on the ranch. When the SWAT team, assisted by aerial surveillance from the drone, stormed the house and arrested Brossart, he became the first U.S. citizen to be arrested using intel gathered from a drone.

Over nearly a decade since that standoff, the details of CBP’s drone operations have been vague. Previous reporting and public documents suggest that the agency operates a fleet of 10 Predator drones that are legally permitted to patrol within 100 air miles of the border—CBP also asserts the power to do so within 100 miles of any port of entry, like an international airport—but little is known about how often or in what circumstances CBP decides to use them.

Indeed, CBP has gone to lengths to keep the public in the dark about its use of drone aircraft—flight data for its fleet doesn’t appear on many commercial databases, and the agency is light on specifics when it comes to who is being surveilled and why, only touting the results as evidence of a need for an ever-greater security envelope across the country. The agency has simultaneously tried to assert sweeping powers based on dubious legal authority. In some cases, such as warrantless searches of electronic devices on the border, CBP has lost. On other fronts, such as its tactical team deployments for immigration sweeps in cities across the country, broad powers to stop and search individuals within the border zone, and profiling and abuse, the agency has yet to be reined in.

To better understand how CBP uses its fleet of Predators, Gizmodo mapped and analyzed one year’s worth of flight data from seven of the 10 Predators in CBP’s fleet. The data, obtained through Tampa-based flight tracking company RadarBox, reveals that since June of 2019, these seven drones have completed more than 150 flights—patrolling the southern and northern borders, zig-zagging over politically active indigenous lands, and circling the skies over cities small and large—some of them far outside the U.S.

G/O Media may get a commission

Gizmodo has also published the searchable map that we used to do some of our analysis. While our database of drone flight logs is only partial, it is perhaps the most detailed picture of how CBP uses these controversial surveillance aircraft to date, and we hope it sheds a public light on the agency’s practices.

CBP drones are operated by a subsidiary agency called Air and Marine Operations (AMO) and are allowed to conduct warrantless surveillance in publicly navigable airspace within 100 miles of the air border. They are flown by AMO pilots, including when they are loaned out to other agencies. (CBP has, on occasion, itself asked to loan out unmanned military aircraft.) Critics have questioned whether the drones are actually cost-effective for their stated purpose of border interdiction. In 2014, the Department of Homeland Security’s Inspector General pegged the cost of each unit at $17 million and operating costs at $12,555 per hour, including “pilots, equipment, and overhead.”

That same year, the Electronic Frontier Foundation published documents showing that CBP had loaned its Predator drones out to other federal, state, and local law enforcement agencies around 700 times from 2010 to 2012; CBP had previously released documents claiming the number was under 500. CBP continued to withhold the names of many state and local police entities it had coordinated with, claiming it could compromise operations.

Documents obtained under the Freedom of Information Act by the Intercept showed that CBP loaned drones to state and local law enforcement on 15 occasions, and 53 times to federal agencies, from July 2016 to August 2017. Those documents only contained, however, dates and durations of flights alongside the agency it was coordinated with. Other information suggested, and CBP confirmed to the Intercept, that a drone was used to monitor protests at Standing Rock against the Dakota Access Pipeline in 2016 to protect police equipment.

Drone loans have important ramifications for how local police departments handle protests, providing capabilities for live surveillance of standoff situations, as well as tracking suspects, vehicles, and suspected weaponry. In particular, police departments in expansive rural areas sometimes find themselves under financial pressure to use drones rather than fly their own helicopters or fixed-wing air units.

Last week, Motherboard reported that CBP drones routinely fly over American cities—including Minneapolis during widespread protests against racist police brutality and the killing of George Floyd at the hands of the Minneapolis Police Department. CBP issued a statement saying the drone was intended to lend “situational awareness” to other authorities, though it didn’t clarify who it was acting in coordination with.

Our data show that along the northern U.S. border, CBP may have participated in several additional local law enforcement operations in recent months. Its flights along the northern border typically followed a westbound route from Pembina, North Dakota, to the edge of Montana. But on April 30, a CBP drone with the call sign CBP104—the same drone that surveilled protests in Minneapolis—spent four hours circling Fargo around the vicinity of North Dakota State University. While it is unclear why authorities sent the drone there, Fargo Police have leased drones from CBP in the past. In 2017, the Fargo Police Department enlisted CBP’s drones to conduct electronic surveillance of a suspect in a murder case.

In another detour away from the northern border, on February 21, CBP216, stationed in Grand Forks, spent hours looping around indigenous land in Minnesota that had previously been the site of sustained resistance to tar-sands pipelines. Surveillance of indigenous water protectors is not unprecedented. CBP confirmed to the Intercept that a drone was used to monitor protests at Standing Rock against the Dakota Access Pipeline in 2016 to protect police equipment; according to the Guardian, authorities discussed using drones as part of a crackdown on the Keystone XL pipeline protests in 2017 and 2018.

Half of all drone flights this year were likely to conduct surveillance along the southern U.S. border. Four CBP drones returned regularly to the southern border to fly the same route multiple dozens of times in the last year—only occasionally breaking the route to circle border cities like Laredo, Texas. Our data show drones at the southern border routinely patrolling sparsely populated areas of the desert, methodically sweeping the skies in flight paths that resemble freshly mowed lawns.

According to a 2015 document published by the Homeland Security Studies and Analysis Institute, since early 2013, the Predator fleet has been used to patrol remote sections of the southern border where the agency suspects illegal activity may be occurring. In such scenarios, the document claims, a Predator with “high-resolution sensors” returns multiple times to an isolated stretch of the border “in order to detect small changes in the landscape like tire tracks.” These sensors are likely Raytheon Multi-Spectral Targeting System or Northrup Grumman Vehicle and Dismount Exploitation Radar (VADER), “a system that can detect vehicles and individuals at long ranges and against a high degree of background clutter.”

Interestingly, however, our data also show that CBP doesn’t always stick within the borders its tasked to protect. From February 6 to March 20, CBP213 conducted 20 operations in Panama’s airspace, focusing on islands and small towns in the Gulf of Panama. These operations appear to be part of CBP’s Air and Marine Operations, which, according to promotional material, run counterdrug operations from their “primary site” in Panama City. According to CBP, Panama City “sits between the two cocaine smuggling routes that move approximately 84 percent of all cocaine destined for the United States.” The operations were publicized on the AMO Twitter feed.

“This is a piece of the puzzle,” Dave Maass, a senior investigative researcher at the Electronic Frontier Foundation, said of Gizmodo’s map. “We need more information on these flights, especially since local law enforcement and drone companies are exploring new and frightening forms of persistent aerial surveillance that could harm privacy throughout the country.”